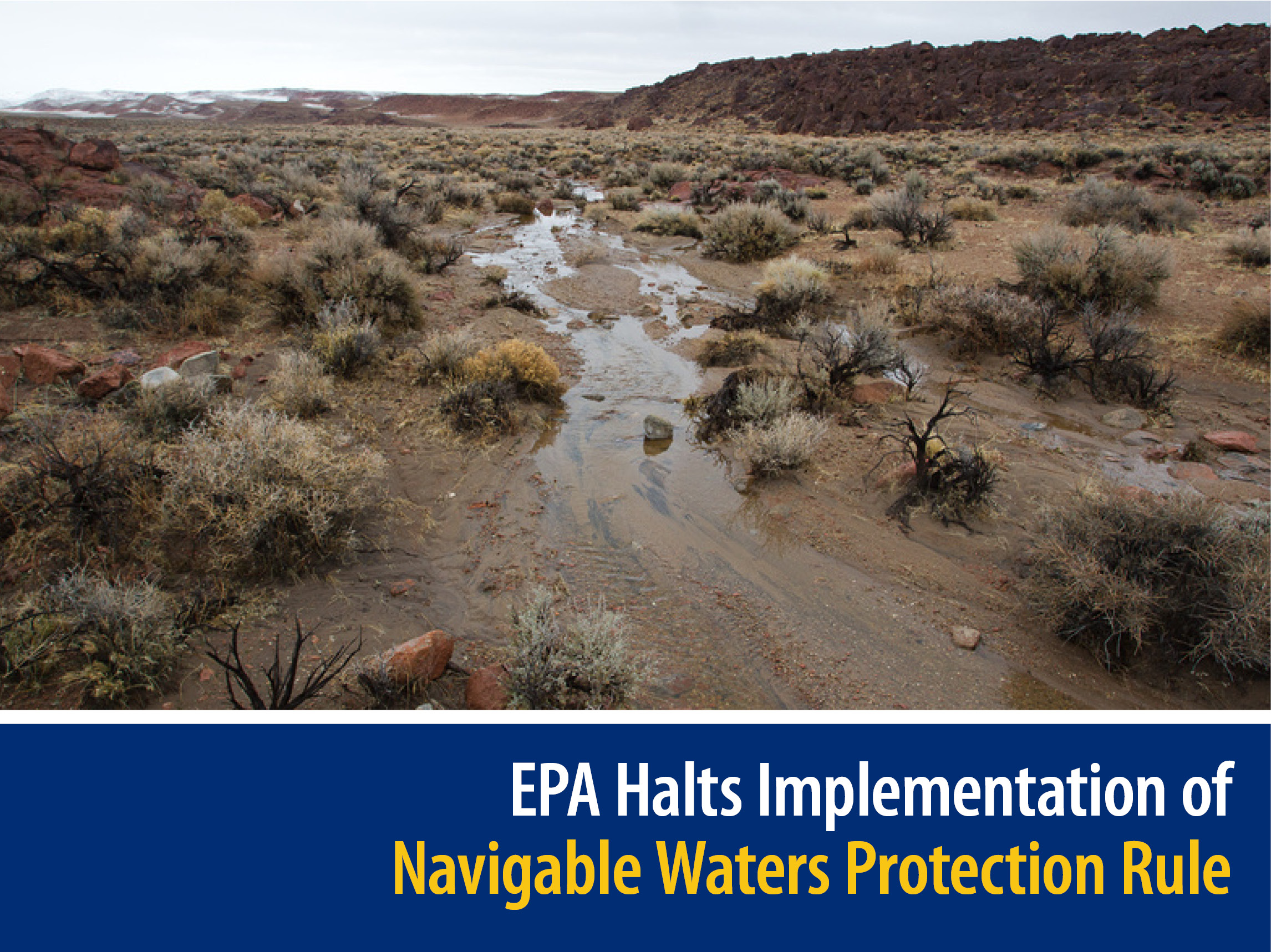 This past August 30, the US District Court of Arizona vacated and remanded the Navigable Waters Protection Rule (NWPR) in the case of Pascua Tribe v. US Environmental Protection Agency (EPA). In response, on September 3, EPA and the US Army Corps of Engineers (USACE) announced that they were halting implementation of the NWPR and would interpret “waters of the United States” (WOTUS) consistent with pre-2015 regulatory guidance until further notice. The announcement can be found here on EPA’s website.

It is notable that the pre-2015 guidance predates the Clean Water Rule. That means that the effective guidance is the “significant nexus test,” commonly referred to as the “Rapanos Guidance” issued by EPA and the USACE in 2008. The most important difference in jurisdiction between that guidance and the NWPR is that ephemeral streams were typically considered within the Clean Water Act jurisdiction under the 2008 Rapanos Guidance, but not under the NWPR.

In the meantime, EPA continues to work on the rulemakings announced this past June 9 that would redefine the definition of WOTUS.

It has been apparent to GES for quite some time that the long-term definition of WOTUS is in flux, and we have advised our clients to consider further changes and uncertainty in their planning of long-term projects. It is extremely difficult to project further legal challenges and regulatory developments regarding the WOTUS definition, but we believe the uncertainty remains. We will continue to advise our clients to identify ephemeral systems that could be impacted on their project sites, and to include potential permitting and mitigation in their project plans.

In the immediate term, we advise our clients to reassess their plans on projects that have not yet been implemented to ensure that ephemeral systems are not impacted without authorization. In some cases, plans to implement a Nationwide Permit on projects that would include impacts on waters that were not jurisdictional before September 3 (e.g., ephemeral streams) may not qualify for a Nationwide Permit now. In those instances, unauthorized work would result in a violation of the Clean Water Act.

GES will continue to stay abreast of regulatory developments regarding WOTUS, and ensure that our clients and their projects are not at risk. Please contact GES’ Ecological Services Director, Keith Bradley, at kbradley@gesonline.com, if you have questions about these recent changes.